Is your child vaping?

You might not be aware of it, but there’s a new trend amongst teens that is sweeping the nation.

It’s not the latest K-pop boy group, or flashy sneakers. This trend can sometimes be harder to detect, making it more attractive to teens looking to conceal their new interest from parents and teachers.

The trend is vaping – the inhaling of a vapor created by an electronic cigarette. E-cigarettes are devices that operate by heating a liquid solution to a high enough temperature so that it produces an aerosol that is inhaled. Vapes, vape pens, mods, tanks, juuls, and suorins are also common terms for these devices.

There are those who would have the public believe that vaping is less harmful than smoking traditional cigarettes. According to the U.S. Surgeon General’s Office and the FDA, health concerns about vaping are more than blowing smoke.

“We see clear signs that use of electronic cigarettes by youth has reached an epidemic proportion,” said FDA commissioner Dr. Scott Gottlieb in September. In Texas, 10,400 youth become daily smokers every year. According to the Centers for Disease Control, the number of middle and high school students using e-cigarettes rose from 2.1 million in 2017 to 3.6 million in 2018. A study published in the New England Journal of Medicine found that vaping also doubled among 10th graders and nearly doubled among 8th graders.

From introducing appealing flavors to offering college scholarships, manufacturers and sellers of e-cigarettes aggressively target young people. Teen brains don’t fully develop until the age of twenty-five, and nicotine adversely affects that development. Nicotine is an addictive substance and many e-cigarette pods often contains more nicotine than traditional cigarettes. In addition, the liquids used to create the vapor and the flavor additives contain harmful chemicals such as diacetyl, a chemical linked to serious lung disease.

Exposure to nicotine among youth is particularly dangerous since it has been shown to have an effect on key brain receptors, making young people more susceptible to nicotine addiction. There is some evidence that the effect of nicotine on developing brains may result in nicotine addiction and greater vulnerability to addiction to other drugs as well.

Researchers have identified several substances which are either harmful or potentially harmful to e-cigarette users, including delivery solvents and propylene glycol, which can cause dry mouth and upper respiratory infections. Long term repercussions to the chemicals found in e-liquids and produced by e-cigarettes are not yet known since products have not been on the market long enough to conclusively study their effects.

Currently, there are two bills filed in the house and senate of the Texas Legislature to raise the sales age of tobacco products from 18 to 21. Tobacco 21 laws exist in six states and more than 450 cities. The bills could help reduce the access youth have to tobacco products.

Tobacco remains the number cause of preventable death in the country. Parents should be aware of the dangers of e-cigarette use and encourage their kids to quit the behavior. Quitting nicotine is hard. Parents can:

For more resources on quitting, call the local quit line at 915-534-QUIT or visit www.smokefreepdn.org 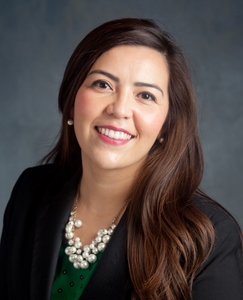 Bianca manages the IGNITE and Two Should Know initiatives. She works with grantees and community partners to focus on increasing opportunities for disconnected youth and improving sexual health for all ages. She is passionate about improving the health and lives of young people in the region. Bianca received an undergraduate degree from St. Edward’s University in Austin, TX, and is a graduate of the SIT Graduate Institute in Brattleboro, VT.