The following street closures will begin on Monday, April 4 and are necessary for the work related to the El Paso Streetcar Project. It is encouraged that commuters allow extra travel time and consider alternate routes.

While marked detours will be in place, motorists seeking to reach locations in and around Downtown via I-10 are also encouraged to consider the following alternate routes:

Beginning on Monday, April 4, 2016, San Antonio Avenue will be closed to east-west traffic at Kansas Street. The closure is expected to last for approximately three weeks. Kansas Street remains closed between Myrtle and San Antonio.

The CRRMA is tasked with constructing the project, using Texas Department of Transportation (TxDOT) funding and a design provided by The City of El Paso (City). Once operational, the City’s Mass Transit Department (Sun Metro) will operate and maintain the Streetcars and associated facilities. The CRRMA will place track over a 4.8-mile route, adding 27 stops and a maintenance and storage facility. The route will be serviced by Presidents’ Conference Committee (PCC) streetcar vehicles – the same vehicles that ran on El Paso streets until 1974. The route runs in two loops, connecting the international bridges, retail areas, government buildings, convention center and downtown ballpark with the medical center, University of Texas at El Paso and several historic neighborhoods. 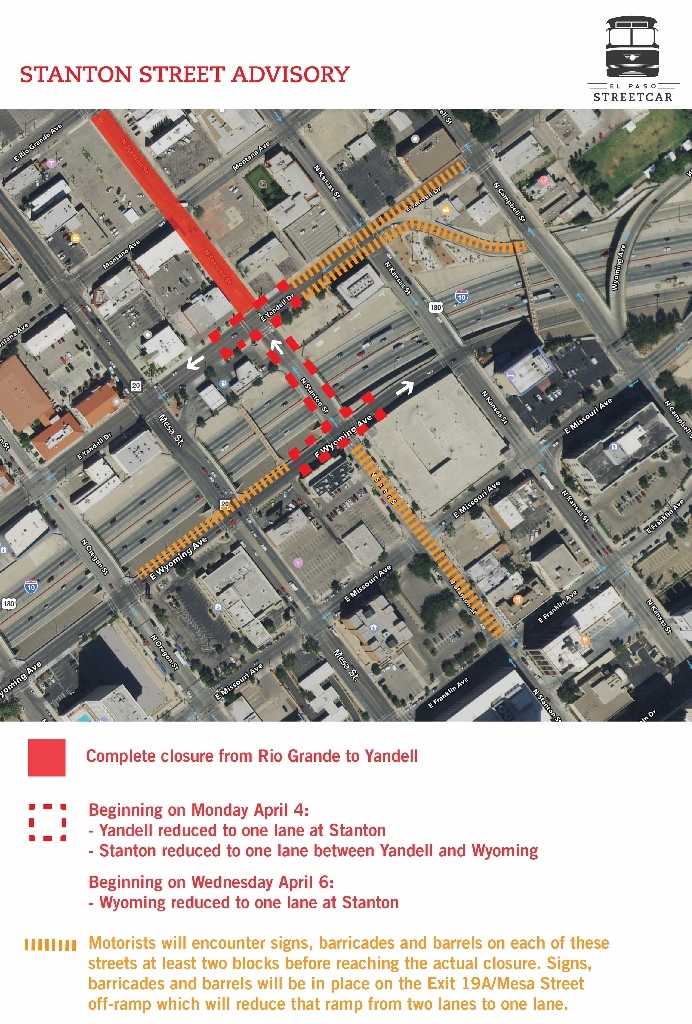 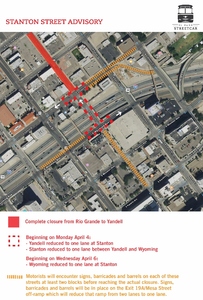