Hillrise Elementary School is a short five- to eight-minute drive from the campus of New Mexico State University. Twice a week, female student athletes from the campus make the trek to Hillrise to work with 50 or so grade-school girls to improve their physical activity. 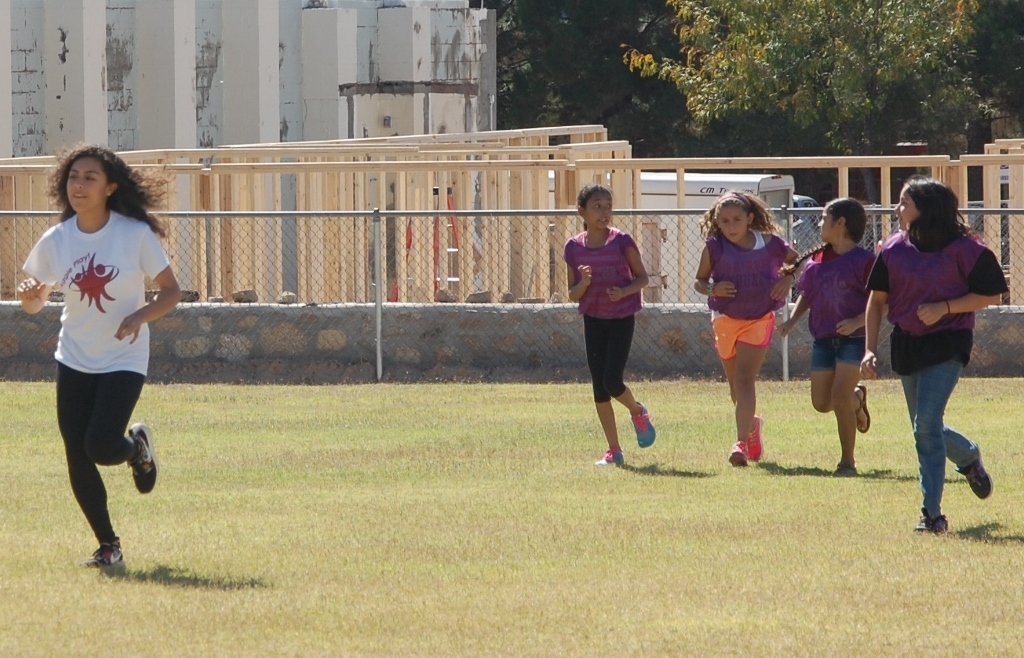 “It’s not about being great, it’s about being active,” says Phillip Post, Ph.D., of New Mexico State’s Department of Kinesiology and Dance.

Getting college athletes to help increase the physical activity of elementary school kids is a win-win, Post thought. Not only can the athletes model positive behavior for the young girls, but they can serve as mentors.

“The original goal was one of mentorship, particularly to have a young adult mentor who is driving the program,” Post said. 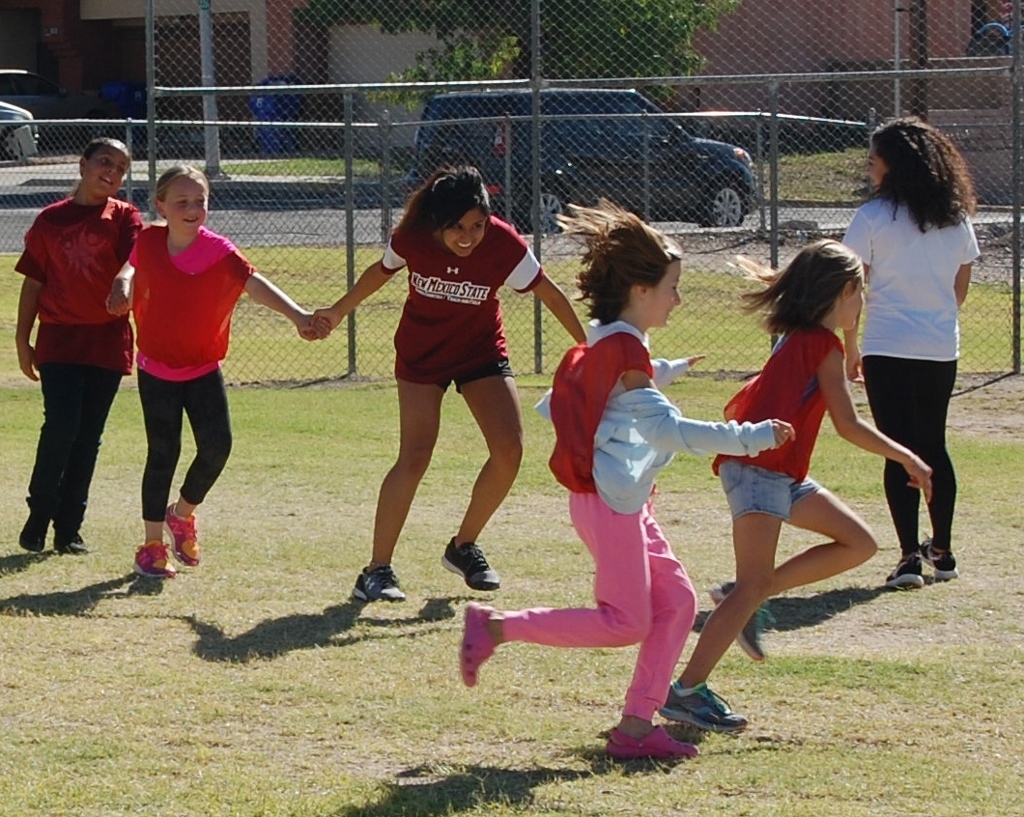 Michael Kelly, Ph.D, program officer for the Health Foundation’s HEAL initiative, recognized the added value of two systems working together, the upside of a land-grant university like New Mexico State partnering with the public school system in Las Cruces.

Now the question becomes sustainability, Kelly said. Can the partnership between NMSU and Hillcrest result in a model where staff costs and coordination of the program are absorbed by the two entities?

Post wonders the same thing. “The biggest problem we face is a funding problem, and education always gets hit first. So why is our program sustainable? 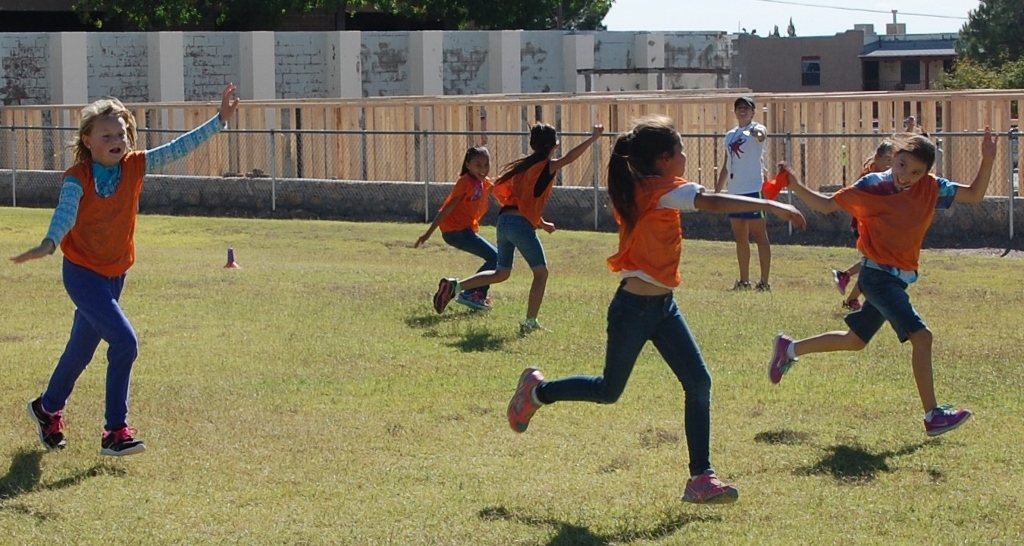 “Well, our student athletes need to complete 15 community service hours a year and now they can get those volunteer hours addressed and completed through Aggie Play,” Post said. “So that’s a nice sustainable piece. We also may be start to create a mindset of ‘This is what we do,’ and we build on the pride.”

Post also points to the idea of internships and how more opportunities for internships can benefit the student body at New Mexico State.

When the New Mexico State athletes arrive at Hillcrest Elementary, they spend the first 5 to 10 minutes warming up and going through a series of stretching routines with the girls. Then they huddle and talk about character concepts – teamwork, putting in the effort, what it means to be healthy – before they break into games and play. 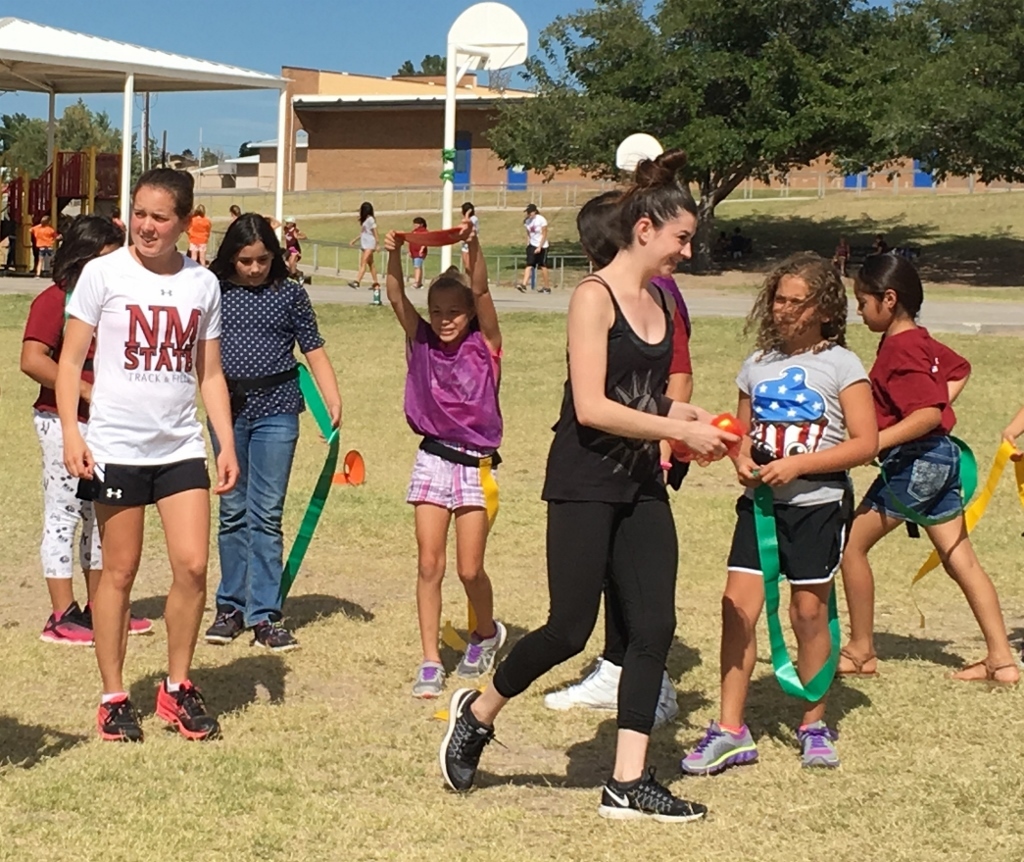 “Most are games anybody can participate in,” Post said. “A lot of things we do are not sport relevant. We try to get away from a skill-based model for the games we play.”

The emphasis on participation and staying active is a perfect fit for the overall goals of HEAL, which works to increase physical activity and decrease sedentary time.

Only one quarter of U.S. kids ages 6-15 get the recommended 60 minutes of moderate-to-vigorous physical activity a day to lead an active lifestyle. Girls trend even lower, making Aggie Play even more critical.

“Our goal is a net gain in physical activity for the region,” Kelly says of the overall HEAL goals. On that measure, Aggie Play is slam dunk. 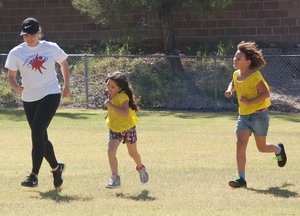