The Paso del Norte Health Information Exchange’s (HIE) board of directors today announced the appointment of Jon Law as the Executive Director of the HIE.

“We are pleased to have Jon onboard. His track record shows he is ready to lead the HIE to the next level,” said Jacob Cintron, Chair of the HIE’s board of directors.

Law comes to the HIE with extensive experience in health promotion, healthcare strategy, and nonprofit leadership. Most recently, he served as the President of the Paso del Norte Health Foundation (PDNHF). In this role, he lead the Foundation’s Program, Communications, and Finance departments. During his 12 years with PDNHF, he led the Foundation’s Smoke Free Paso del Norte Initiative, designed its binge-drinking reduction strategy, and co-led a benchmark study on the utilization of healthcare by El Paso County residents in Mexico. He is recognized by the public health community as a strategic thinker, who is able to translate scientific findings into applied benefit for the community.

Law is no stranger to the HIE. He was one of the organization’s founders, who worked to incorporate the organization and raise the original funding in 2010. “I am excited to be part of a project that involves the collaboration of the key partners to build a resource that will improve the quality of medical treatment and position the region to benefit from changing models of healthcare financing,” said Law.

“I’m pleased to see the HIE’s progress. In the next year, two hospital systems will be onboarded and Jon will be working to integrate the El Paso VA system into the HIE’s services,” said Jim Valenti, board member.

Sally Hurt Deitch, board member, said, “the HIE is at a pivotal moment in its development. Jon is the right person to help the organization move through this tipping point, so the HIE becomes an integrated tool to ensure healthcare quality in the El Paso area.”

About the Paso del Norte Health Information Exchange: Paso del Norte HIE is a collaboration of major healthcare partners in the El Paso area. The purpose of the HIE is to share clinical data between healthcare providers to improve health and medicine.

For additional inquiries or questions, please contact Emily Hartmann at 915-242-0674. 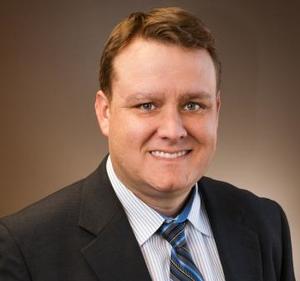