Alemán comes to PDNF with extensive experience in the binational nonprofit and philanthropic area. She previously served for 11 years as the Executive Director of the FEMAP Foundation, a nonprofit organization created to support the health, preventive health, micro-lending and youth programs of FEMAP/SADEC in Ciudad Juárez, Mexico. In 2013, Alemán assumed the responsibility of the FEMAP Capital Campaign, raising $10 million in gifts and pledges for FEMAP/SADEC’s new School of Nursing and the expansion and remodeling of Hospital de la Familia.

“Anna is passionate about improving health and well-being in our region. We welcome her experience and leadership. She is a great addition to our team,” said Tracy Yellen, CEO of the Paso del Norte Health Foundation and its affiliated foundations (PDNF and Fundacion Paso del Norte para la Salud y Bienestar).

A native of El Paso, Alemán holds a Masters of Arts in Public Administration from Bernard M. Baruch College in New York City and is a National Urban Fellow. She earned her undergraduate degree from the University of Texas at El Paso. 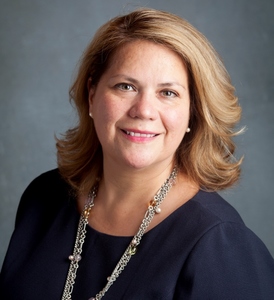