A Case for Multi-Unit Housing to go Smoke-Free

A few years ago, through the Smokefree Initiative of the Paso del Norte Health Foundation (Health Foundation), the Housing Authority of the City of El Paso (HACEP) took all subsidized public multi-unit housings (MUH) smoke-free. Public health students were trained to survey public housing residents and built a case for smoke-free units.

This model was deployed recently for private multi-housing units under the direction Louis Brown, Ph.D., and his team from UT Houston School of Public Health. A survey was conducted among private multi-unit housing (MUH) residents in El Paso as part of a youth health advocacy program called Project APEX (Advocating for Policy Execution) funded by the Health Foundation.

“The survey aimed to assess residents’ opinions and experience with secondhand smoke as well as their attitudes toward smoke-free housing. It was administered by trained high school students who were part of the Project APEX program,” said Dr. Brown.

The work follows a highly successful effort with Public Housing Authority (PHA) in which more than 30,000 people living in subsidized housing are now covered by smoke-free policies. The HACEP is the 14th largest PHA in the nation and the largest public housing authority in Texas with 52 housing communities across El Paso.

Two key lessons learned from that highly successful HACEP effort are now being applied to the surveys and policy analysis on private multi-unit housing.

“One approach that seemed crucial in gaining stakeholder support of a smoke-free public housing policy in El Paso was engagement with residents who would be affected by the policy—residents of public housing units,” said Dr. Brown. “We surveyed more than 1,000 residents from various properties to gauge their support of a smoke-free policy. The results of these surveys were then used to show that the majority of residents were in favor of smoke-free housing to HACEP board members and community leaders. Engagement with residents of private multi-unit properties may be key in persuading private multi-unit housing property owners to adopt smoke-free policies.”

“Another lesson learned was the importance of providing support, such as property manager toolkits and cessation resources for resident smokers. The toolkits provided HACEP property managers with guidance on how to implement and enforce a smoke-free policy. The same type of education and resources provided to residents of public MUH can be used for private MUH properties.”

Based on the results of their efforts on outreach to four private MUH properties, going door-to-door to survey residents from November 2017 through February 2018, Project APEX youth members found there is strong evidence that residents of private buildings support smoke-free policies.

Dr. Brown said survey data was used to create reports that were used to start conversations about smoke-free policies with the managers of the MUH properties that were surveyed.

“These survey reports were shared as part of a packet of supporting materials that included a manager’s guide to smoke-free housing policies,” Dr. Brown said. “The managers were surprised to learn that the majority of their residents would be in favor of a smoke-free policy in their property and of the feasibility to implement it as outlined by the guide provided.”

The Clean Air Coalition is working with the El Paso Apartment Association in hopes to have more impact with private housing units.

If you are an apartment owner and would like more information on support available to go smoke-free, contact A Smoke Free Paso del Norte at smokefreepdn@elpasoymca.org or 915-730-3805. 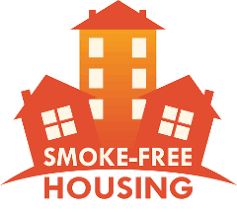