A Social Host Ordinance targeting underage drinking parties went into effect June 6 in El Paso. Growing out of a city effort led by the Alcohol Impact Network to reduce alcohol problems in El Paso, the ordinance is the first in Texas to use “best practice” methods to discourage social hosts from providing alcohol to underage persons. The new ordinance enables law enforcement to impose a civil fine – like a traffic ticket – on the spot if called to break up an underage drinking party. Similar ordinances studied in communities across California were found to reduce the likelihood that underage youth would drink at home parties. The ordinances have also been shown to reduce nuisance calls and improve relationships with neighbors.

Alcohol is the leading drug among El Paso young people, according to a new report from the Paso del Norte Health Foundation. According to the report, Underage Drinking in El Paso - A status report, 56% of 12th graders and 30% of 9th graders said that alcohol was at “most or all of the parties they attend”.

Youth and young adults are particularly vulnerable to alcohol-related consequences, including sexual assault, unplanned sexual activity, sexually transmitted diseases, unintentional injuries, and school and legal problems. The Centers for Disease Control and Prevention estimates the cost of underage drinking in Texas to be $1.8 billion per year. If allocated based on population, the city of El Paso’s share of this amounts to nearly $48 million in healthcare, lost productivity, criminal justice, and traffic crash costs.

Through the Paso del Norte Health Foundation’s Shift + Initiative, the Alcohol Impact Network is working with other community agencies and organizations to educate the community about the ordinance and reduce underage and binge drinking the region. 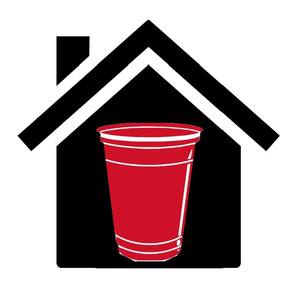